Centenary Professor, Students to Perform Carmen with Shreveport Opera May 5 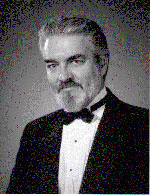 SHREVEPORT, LA — On May 5 the Shreveport Opera will conclude its 58th season with Carmen featuring a cast that includes Centenary's own Dr. Horace English in a principal role and five Centenary students in the chorus. Students performing are Lori Lusted, Vincent Turregano, Travis Orr, Bret Bello and Rebecca Skelton.

Bass-baritone English enjoys an active career in opera, oratorio and solo recital. English has performed with several area opera companies, including those in New Orleans, Fort Worth and Houston, and is widely acclaimed for his artistic and dramatic solo performances. He is also a Times Drama Award winner for performances in Sweeney Todd and Man of La Mancha. For Carmen, English will be joining a principal cast that includes Dan Snyder, Janine Thames and Mark Walters.

A native of Atlanta, English holds degrees from Shorter College and the New Orleans Baptist Theological Seminary. He also holds the Doctor of Music degree in performance from Florida State University. He is a professor of music at Centenary's Hurley School of Music.

Carmen tells the dramatic love story of two men fighting over the love of a young gypsy girl who bewitches men before capriciously discarding them. English will be cast in the role of Zuniga. Known for its timeless story and stunning music, the opera by Bizet is one of the most successful operas in the world since its debut in 1872.

Carmen will be performed at 7:30 p.m. at the Riverview Theatre located at 500 Clyde Fant Parkway. Tickets prices range from $10 for students to $15-$75 for general admission. To purchase tickets call 318-227-9503 or visit the Shreveport Opera administrative offices at 212 Texas St., Suite 101, Shreveport.