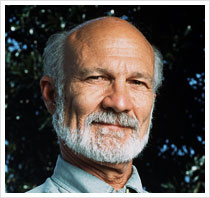 Shreveport, La. — America's foremost Christian ethicist and Centenary Attaway Scholar for Civic Culture, will deliver a lecture entitled "War and the American Difference" on Monday, Feb. 16 beginning at 7 p.m. in the Kilpatrick Auditorium, located on the Centenary College campus. The event is free and open to the public.

In his career, he has attempted to emphasize the importance of virtue and character within the Church. He has been an outspoken Christian pacifist and has promoted nonviolence, as well as an opponent of nationalism, particularly American patriotism, arguing that it has no place in the Church.

Professor Hauerwas has sought to recover the significance of the virtues for understanding the nature of the Christian life. This search has led him to emphasize the importance of the church, as well as narrative for understanding Christian existence. His work cuts across disciplinary lines as he is in conversation with systematic theology, philosophical theology and ethics, political theory, as well as the philosophy of social science and medical ethics. He was named "America's Best Theologian" by Time magazine in 2001.

Now the author of 25 books, Dr. Hauerwas is most known for The Peaceable Kingdom: A Primer in Christian Ethics and Resident Aliens: Life in the Christian Colony. His other books include Cross-Shattered Church: Reclaiming the Theological Heart of Preaching, Living Gently in a Violent World: The Prophetic Witness of Weakness , and Christianity, Democracy, and the Radical Ordinary: Conversations Between a Radical Democrat and a Christian (Theopolitical Visions).

When Dr. Hauerwas writes about the gritty application of the Christian ethic in real life, he underlies those claims with the belief that a Christian life ought to be thoroughly formed by redemptive narrative. His interdisciplinary work thus connects systematic theology, philosophical theology, political theory, and medical ethics. Dr. Hauerwas holds a joint appointment in Duke Law School and delivers lectures all over the world, most notably serving in the prestigious Gifford Lectureship at the University of St. Andrews, Scotland, in 2001.

For more information about the event, contact Jennifer Strange, Continuing Education Coordinator at 318.869.5256.

About the Christian Leadership Center

The Christian Leadership Center (CLC) is an ecumenical, faith-based program committed to creating opportunities for Christian leadership development through the intersection of faith and academy. The Center is dedicated to theological study, innovative leadership training, interreligious and interdenominational dialogue, issues of peace and justice, spiritual formation and Christian discipleship.