Author and Commentator Frank Deford to Speak At Commencement 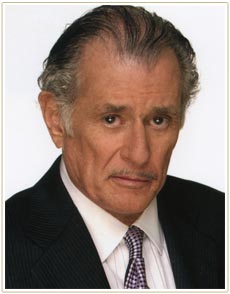 Centenary's annual commencement and baccalaureate will be held at 10:30 a.m. Saturday, May 9, in the Centenary Gold Dome.

Author and commentator Frank Deford is among the most versatile of American writers. His work has appeared in virtually every medium. The author of fifteen books, his newest, The Entitled, a novel about celebrity, sex and baseball, was published in early 2007.

On radio, Deford may be heard as a commentator every Wednesday on NPR's Morning Edition and, on television, he is a regular correspondent on the HBO show RealSports with Bryant Gumbel. In magazines, he is Senior Contributing Writer at Sports Illustrated.

Moreover, two of Deford's books — the novel Everybody's All-American and Alex: The Life Of A Child, his memoir about his daughter who died of cystic fibrosis — have been made into movies. Another of his books, Casey On The Loose, is being turned into a Broadway musical. Cathy Schulman, producer of 2005's Best Picture, Crash, is producing Deford's next film, a comedy titled The Sister-in-Law.

Deford has also been presented with the National Magazine Award for profiles, a Christopher Award, and journalism Honor Awards from the University of Missouri and Northeastern University, and he has received many honorary degrees. The Sporting News has described Deford as "the most influential sports voice among members of the print media," and the magazine GQ has called him, simply, "the world's greatest sportswriter."