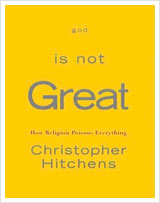 SHREVEPORT, La. — Does God exist? Watch Christopher Hitchens and Dr. William Lane Craig debate this question at 6:30 p.m. Wednesday, April 15, in the Whited Room of Bynum Commons. This rebroadcast of a debate held live earlier this month is hosted by the Christian Leadership Center at Centenary College. The event is free and open to the public.

Noted contemporary philosopher Dr. William Lane Craig is a world-renown Christian apologist. He graduated from Wheaton College and holds doctorates in philosophy and theology from the University of Birmingham in England and the University of Munich in Germany. Craig currently teaches philosophy at Biola University's Talbot School of Theology and has published many books about philosophy, theology, and apologetics including Reasonable Faith.

Christopher Hitchens has become one of the most outspoken atheists in the last century, debating this topic in many venues across the world. Educated at Oxford University, he has published in many popular magazines and newspapers including Vanity Fair, The Nation, Slate, the London Review of Books, and Atlantic Monthly. His latest book is God is Not Great: How Religion Spoils Everything.

For more information about this live rebroadcast, contact the Christian Leadership Center at Centenary College of Louisiana at 318.869.5156 or http://www.centenary.edu/clc.