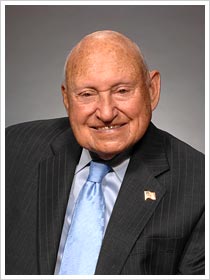 SHREVEPORT, La.—Students, faculty and staff will hear from the leaders of two major organizations during the annual President's Convocation when the College will be introduced to the new president, Dr. B. David Rowe, and hear from respected business leader, S. Truett Cathy, Founder and CEO of Chick-fil-A Inc.

The traditional all-campus gathering takes place Tuesday, Aug. 25 beginning at 11 a.m. in Centenary's Brown Chapel, and is open to all members of the community. The convocation launches the new academic year and offers special recognition to the incoming students and the 2010 graduating class at Centenary.

This will be the first opportunity for the Centenary community to be officially introduced to Dr. B. David Rowe, Centenary's new president, who took office Aug. 1. Prior to his duties as President, Dr. Rowe was the Vice President for Advancement at LaGrange College in Georgia. 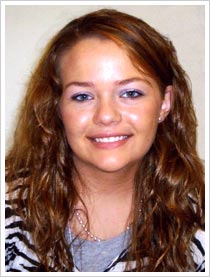 Also speaking at this year's event will be S. Truett Cathy, Founder and CEO of Chick-fil-A Inc., a business that he and his brother, Ben, started in 1946 when they opened an Atlanta diner known as The Dwarf Grill (later renamed The Dwarf House). Through the years, that restaurant prospered and led Cathy to further the success of his business. In 1967, Cathy founded and opened the first Chick-fil-A restaurant in Atlanta's Greenbriar Shopping Center. Today, Chick-fil-A is the second-largest quick-service chicken restaurant chain in the United States based on annual sales.

Dyche has worked with Roden since he first opened his Bossier City Chick-fil-A franchisee location in June 2007. "Jamie exemplifies the qualities of an exceptional team member with strong leadership skills, great customer service, and a winning attitude," said Roden. "It's a pleasure to reward those efforts with one of our scholarships and she is very deserving of the additional attention for being the 25,000th recipient."

Along with the Chick-fil-A award, she has received Centenary College's Trustee's Scholarship and Centenary Academic Award. She plans to pursue a major in education and a minor in music with the intent to earn her master's and become an elementary school teacher.