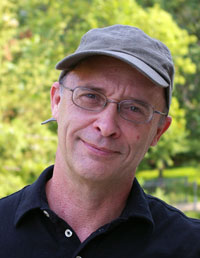 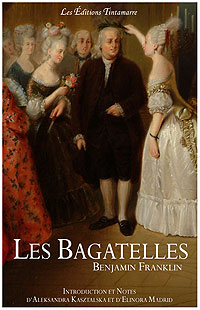 SHREVEPORT, La.— Centenary Professor of French, Dr. Dana Kress will speak about Benjamin Franklin, The Original American in Paris at the R.W. Norton Art Foundation, Saturday, Sept. 12 beginning at 2 p.m. The lecture is free and open to the public.

During the lecture, Dr. Kress will address the belief that since his death in 1790, many French citizens believe Benjamin Franklin was the best president that our nation (n)ever had. During those years, Franklin seemingly whiled away his time in frivolous pursuits: playing chess, seducing the great dames of Louis XVI's court, and dabbling with his printing press in Passy turning out his lighthearted Bagatelles. One wonders—how did this gout-ridden, octogenarian, bon-vivant seduce a nation and change the course of western civilization. During the hour-long lecture, Dr. Kress will attempt to unravel the mystery and entertain the audience with tales of Franklin's own stories.

Dana Kress has taught as Professor of French at Centenary College of Louisiana since 1992. In 1998, he was presented with a Special Humanities Award in recognition of the three articles on the French artist Jean Despujols that appeared in Louisiana Cultural Vistas. The same year, the Carnegie Foundation for the Advancement of Teaching and the Council for Advancement and Support of Education named him the Louisiana professor of the Year. He currently serves on the executive committees of the CODOFIL board as well as that of the MLA Discussion Group on Literatures of the United States in Languages other than English. His research has focused on the Creole literature produced in Louisiana during the 19th century and his most recent publication is an edition of Armand Garreau's historical novel, Louisiana. In 2003 he founded the heritage language university press of Centenary College of Louisiana, Les Éditions Tintamarre. This press specializes in American literature written in languages other than English and is a major source for Louisiana texts written in French during the nineteenth century.