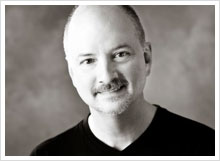 SHREVEPORT, La.— Centenary College and the Hurley School of Music will present Écoute: pieces of Reynaldo Hahn, an original one-man show based on the life and music of French composer Reynaldo Hahn, Thursday, September 24 beginning at 7:30 p.m. in the Anderson Auditorium. The performance is free and open to the public.

Performed by Penn State voice professor Norman Spivey, the show draws on Hahn's experiences and relationships - particularly those with his closest friends, the famous actress Sarah Bernhardt and the exceptional writer Marcel Proust, and celebrates the inspirations of his music. The performance moves between text, music, and poetry to evoke not only a singular composer, but also an era when cultures were defined by their artists.

Écoute: pieces of Reynaldo Hahn began touring at theatres, music conservatories, and universities around the country earlier this year, and has been invited to be part of an upcoming off-Broadway reading series in New York. The show will also be featured at the 2010 national meeting of the National Association of Teachers of Singing in Salt Lake City.

Reynaldo Hahn (1875-1947), an extraordinary French composer, pianist, singer, music critic, conductor, and impresario, has been called the musician of the Belle Époque. When he was quite young the family moved from Venezuela to Paris, where his musical gifts blossomed. He entered the conservatoire at age 10, wrote many of his most enduring mélodies during his teen years, and became the darling of the salons (many of which were major centers of literature and music). Hahn met Proust at a salon, and the two were lifelong friends after a passionate affair. ("Everything I have ever done has always been thanks to Reynaldo," Proust once commented.) Among Hahn's writings are essays on the art of singing - Du Chant (On Singers and Singing), and a biography of his dear friend Sarah Bernhardt - La Grande Sarah.

Norman Spivey, a veteran of musicals, operetta and opera, earned degrees from Southeastern Louisiana University, the University of North Texas, and the University of Michigan. A Fulbright grant to Paris, where he worked with renowned baritones Gabriel Bacquier and Gérard Souzay, led to concert and opera engagements throughout France, as well as a tour of France and Canada as Papageno in Mozart's The Magic Flute. He has sung Schubert's song cycle Winterreise at Carnegie Hall's Weill Recital Hall and performed the American premiere of Poulenc's rediscovered Quatre Poèmes de Max Jacob.

Dr. Spivey has received fellowships from the Aspen Music Festival and the Institute for Advanced Vocal Studies in Paris; in 2003 he received the prestigious Van L. Lawrence Fellowship awarded jointly by The Voice Foundation and the National Association of Teachers of Singing. He has served as officer on the local, regional, and national level for NATS, and his writings on musical theatre singing have appeared in the NATS Journal of Singing. Along with Penn State musical theatre voice colleagues, he is on the faculty of Bel Canto/Can Belto: Learning to teach and sing for musical theatre.

The playwright, Susan Russell, is on the theatre faculty at Penn State. Her works Olympia (1998) and Present Perfect (1999) have been produced by the Emerging Artists Theatre Company in New York City. In 2000, Lincoln Center selected Present Perfect for its Millennium Living Room Festival, and her play Severe Clear was a semi-finalist in the 2006 O'Neill Theatre Center Playwriting Competition. In 2007 she created Cultural Conversations: A New Works Festival, which is devoted to promoting and fostering new plays dealing with topics of global and local diversity.

Funding for the commission, production, and touring of this project has come from the College of Arts and Architecture, the Institute for the Arts and Humanities, and the School of Music at Penn State. For more information, visit http://www.normanspivey.com.

For more information about this performance or any upcoming performances, call the Hurley School of Music at 318.869.5235.