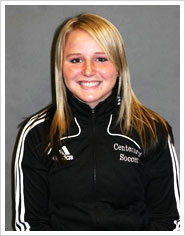 Morris captured the honor after recording five points and leading Centenary to a 2-0 record on the week. The freshman netted her first collegiate goal in the 14th minute of the win over Letourneau. That goal also proved to be the game-winner. She also added an assist on Chelsea Granger's goal one minute later.

In the Ladies' 2-1 win over Arkansas-Little Rock, Morris scored the first goal of the game in the 12th minute.

Centenary will be back in action on Thursday, Sept. 3, when they takes on Prairie View A&M at 7 p.m. on Mayo Field.