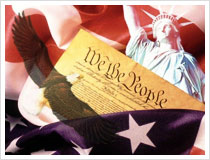 SHREVEPORT, La.—Centenary College and the Pre-Law Society present a Constitution Day lecture, Thursday, Sept. 17 beginning at 11 a.m. in the Kilpatrick Auditorium located on the College campus.

Former United States Court of Appeals Fifth Circuit Judge Robert M. Parker will present the special lecture, which is free and open to the public.

Judge Parker currently resides in Tyler, Texas and is with the firm Parker, Bunt & Ainsworth, P.C., and specializes in Intellectual property litigation, commercial litigation consulting and arbitration. He joined the United States Court of Appeals for the Fifth Circuit in 1994 after being nominated by President Bill Clinton, a position he held until his retirement from the bench in 2002; and served as District Judge for the U.S. District Court, Eastern District of Texas from 1979 until 1994, and Chief Judge from 190 until 1994. Prior to his appointment, he was in private practice in Longview, Texas from 1966 until 1979.

A graduate of the University of Texas, Judge Parker received a Bachelor of Business Administration and Bachelor of Laws. His publications include The Eastern District Phenomenon; Accepting Reality: The Time for Accepting Discretionary Review in the Courts of Appeals Has Arrived; Forward, Fifth Circuit Survey; Federal Courts at The Crossroads: Adapt of Loose; and Streamlining Complex Cases.