SHREVEPORT, La—The Greater Shreveport Chamber of Commerce has once again honored young professionals in the area by selecting the 2009 Class of "40 Under 40", with six Centenary Alumni joining this elite group. 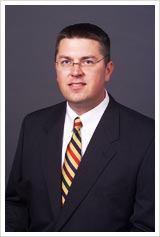 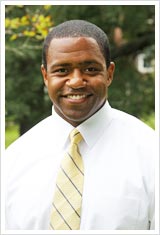 Among the 40 young professionals being honored for 2009, six have graduated from the College. Two of the six are now employed at Centenary and include Dr. Tom Tallach '93, Director of Athletics, and Chris Lavan '06, Director of Community Involvement.

Tallach graduated and received his Bachelor of Science degree from Centenary in 1993 and his Master of Science degree from Texas A&M University at Commerce in 1994. He continued his education and received his Ed.D. in 1997, also from Texas A&M University at Commerce. He has been the Director of Athletics at Centenary since August 2007.

"The Chamber of Commerce should be commended for recognizing up-and-coming leaders within the community, and personally, I want to say 'thank you'," said Tallach. "I have had the opportunity to meet some of the other honorees. It is a very impressive and impressively diverse group. Spending time with them makes me even more optimistic about Shreveport becoming 'the next great city of the South'."

Tallach has been involved in athletics for the past 20 years. He is also an associate board member of the Northwest Louisiana Sports Authority and past chairman of the Summit League Joint Council.

Joining Tallach as one of the "the dealmakers" according to City Life magazine, is the Director of Community and Intercultural Engagement, Chris Lavan. Lavan received his Bachelor of Arts degree from Centenary in 2006, and went on to receive his Master of Public Administration from Louisiana State University in 2008. He has been in his present position with the College since August 2008.

"Being named to the 2009 40 Under 40 Class is a something that I am proud of and thankful for both personally and professionally," said Lavan. "I appreciate the opportunity that Centenary has given me to serve not only the college community and its students, but also the greater Shreveport/Bossier area and beyond. It's been an unpredictable and incredible experience to be able to give back each day to a place that's given me so much. If it had not been for the love and support of my faith, family, and friends this would not have been possible."

Lavan is the youngest minority director at the College and has been very active in the community. He has been a guest speaker at the Downtown Shreveport Lions Club, a speaker and judge at Biz Camp, and a senior counselor at the Louisiana Association of Student Councils state workshop.

Other Centenary alumni receiving the "40 Under 40" award are:

An Awards Gala will take place for the 40 Under 40 recipients Friday, Dec. 4 at the Horseshoe Casino & Hotel Riverdome.