SHREVEPORT, La. — The French Consul General in New Orleans recently announced that Centenary College French professor Dana Kress will be named to the French diplomatic corps as an honorary Consul. 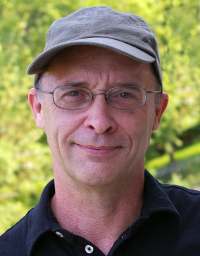 Monsieur Olivier Brochenin, the Consulat général de France à La Nouvelle-Orléans (French Consul General in New Orleans) received the authorization from Paris and will forward it to the French Embassy in Washington, D.C. and the U.S. State Department.

The conferral of the his new title will take place in the presence of dignitaries of the French diplomatic corps, Shreveport mayor and members of the North Louisiana French community at a formal reception at the College in January.

According to Marie-Josée Lanez, Assistant to the Consul General, as Honorary Consul, Dr. Kress will perform consular work; act as a link between French and local institutions and business; and act as a representative of the French Embassy at events and public functions. "Basically, he will help provide information and assistance to French nationals who run into difficulties overseas," she said. "He will be the interface between the consulate and the French citizens who reside in North Louisiana."

The honorary consul appointment is good for five years, but renewable up until the time Dr. Kress reaches age 65. He will also receive official accreditation from the U.S State Department, the use of the official seal of France and French flag, and an office at the Consulate General of France building in New Orleans.

Kress adds this honor to his other recognitions he has received while at Centenary. In 1998, the Carnegie Foundation for the Advancement of Teaching named him the Louisiana Professor of the Year, was honored by the City of Shreveport with "Dr. Dana Kress Day," and received a Special Humanities Award from the Louisiana Endowment for the Humanities. In 2000, French Consul General Bernard Maizeret of New Orleans inducted Kress into membership in the Ordre des Palmes Academiques, a knighthood established in 1808 by Napoleon Bonaparte and the highest academic distinction offered by the French government.