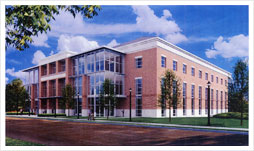 SHREVEPORT, La. — Almost $17 million is coming to northwest Louisiana for projects as a result of the omnibus appropriations bill President Obama signed this week.

The money is part of about $46 million overall for projects throughout the state, a release from U.S. Sen. Mary Landrieu's office says.

Millions more were leveraged through key legislative provisions and competitive grant programs included in the bill, said Landrieu, a Democrat and a senior member of the Senate Appropriations Committee.

The bill contains $500,000 for Centenary College's health laboratory construction project to make investments in infrastructure and technology. The first phase is to construct a building near the southeast corner of the campus to provide an additional 60,000 square feet for its science division. The project is expected to create at least 200 construction and 100 full-time jobs.

Barksdale Air Force Base also benefitted from the appropriations bill. The base will receive $12.8 million as part of ongoing and final repairs on its 50-year-old parking ramp.

Other northwest Louisiana projects funded include: