SHREVEPORT, LA — The Centenary College Choir will tour southern Louisiana from January 4-8. This tour is a part of the over 30 performances the choir has planned for the 2011-12 academic year, with visits throughout Louisiana, Texas, and New York. The choir will visit area churches during the current leg of the tour: 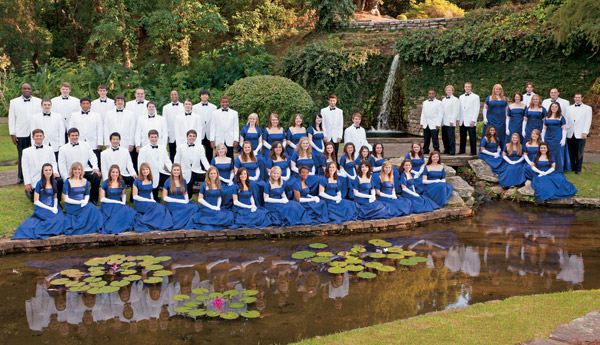 The 2012 program features American music, celebrating unique images and sounds of our country:

The Choir will also pay tribute to our military with A Salute to the Armed Forces. Marking the 10-year anniversary of the 2001 tragedy of September 11, the Choir offers Roger Ames's setting of Amazing Grace as a dedication to the victims' children.

Hailed as "America's Singing Ambassadors," the Centenary Choir has traveled for seven decades with a repertoire ranging from Bach to Broadway, world folk music to contemporary church music, and oratorio to opera. The Choir was organized in 1941 by Dr. A. C. "Cheesy" Voran, and has performed throughout the world, giving concerts in 32 nations on six continents. The Choir is affiliated with Centenary's Hurley School of Music and offers scholarships for all its members. Members audition November through February for the following term. Persons wishing to audition should contact the director of the choir to arrange an appointment.