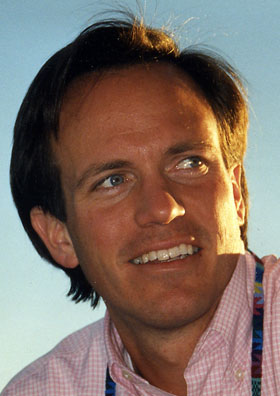 A number of events are open to the public in the Whited Room of Bynum Commons:

Glenn Prickett is chief external affairs officer at The Nature Conservancy, the leading organization working around the world to protect lands and waters for people and nature. Pricket joined The Nature Conservancy in January 2010 after spending 13 years at Conservation International (CI), where he led efforts to engage the private and public sectors in conservation and sustainability. Under his leadership, CI pioneered innovative partnerships with businesses such as Wal-Mart, Bank of America, Starbucks, McDonald's, Alcoa, and BP.

In 2009, Prickett served as a senior fellow at the United Nations Foundation to help shape core elements of an effective global response to climate change. He also served as chief environmental advisor at the U.S. Agency for International Development during the Clinton administration.

He has appeared regularly in the media, including Business Week, CNN, Fortune, NBC's Today and Nightly News, and The Financial Times among others. Prickett is co-author of Footprints in the Jungle: Natural Resources Industries, Infrastructure, and Biodiversity Conservation published by Oxford University Press. He graduated from Yale University in 1988 with a B.A. in economics and political science.

Centenary has participated in the Woodrow Wilson Visiting Fellows program since bringing the first Fellow to campus in 1973. Woodrow Wilson Fellows are accomplished artists, scientists, businesspersons, and philanthropists who connect with faculty, students, and the community during their week-long stay at Centenary.

For more information, contact Greg Butcher, Assistant Professor of Neuroscience, at 318.869.5545 or email.