SHREVEPORT, LA — Centenary's chapter of Schools for Schools (S4S) is hosting a free screening of the documentary Kony 2012: The Hague on Thursday, March 8, at 8:00 p.m. in Kilpatrick Auditorium. The documentary, created by Invisible Children, investigates the atrocities committed by Joseph Kony and the Lord's Resistance Army (LRA) and how 2012 is believed to be the year his reign of terror will end. 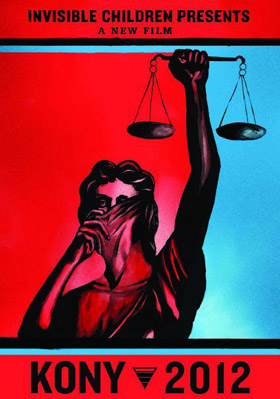 "Through S4S, we try to raise awareness about the phenomenon of children soldiers with particular focus on the atrocities committed by the LRA," said Krista McKinney, president of Centenary's School for Schools chapter. "Those who come to our screening serve an important function in increasing visibility on this issue. These children live in a world that many pretend does not exist because we prefer not to confront it. Yet their world is a reality."

Kony 2012 explores the history of the LRA and the impending apprehension of Joseph Kony:

As a Ugandan guerrilla group leader and head of the LRA, Kony is engaged in a violent campaign to establish theocratic government based on the Ten Commandments in Uganda. The LRA has abducted and forced an estimated 66,000 children to fight for them and has forced the internal displacement of over 2,000,000 people since its rebellion began in 1986.

In 2011, the Obama administration deployed 100 military advisors to the Democratic Republic of the Congo (DRC) region. It is quite certain that with logistical support now being provided by the U.S., 2012 will be the year Kony is arrested. Invisible Children along with S4S want to ensure his arrest does not go unprosecuted by the International Criminal Court.

"The important truth is that we have the collective ability to create a new reality for these children," said Jordan Ring, School for School's primary researcher. "The haunting question remains how can we as a global community continue to allow our children to be subjected to this unbelievable horror. Make no mistake—there is a common humanity that makes this issue everyone's issue."

Centenary's S4S exists to raise money to rebuild schools in Uganda, build early-warning radio networks in the DRC, and fund the construction of child soldier rehabilitation centers in LRA-affected areas. The group is a chapter of Invisible Children's international S4S program and shares the goal of restoring LRA-affected communities in central Africa to peace and prosperity.