SHREVEPORT, LA — The Centenary Film Society has announced its spring schedule, which is organized around three themes: diversity, faith, and French films. All screenings will be at the Robinson Film Center and usually begin at 7:30 p.m. Centenary students are admitted free with student ID, while other guests pay regular RFC prices.

The Consulate General of France in New Orleans and Centenary's French Department are co-sponsors of the French film series:

Tuesday, March 13
The Women on the 6th Floor
In 1960 Paris, Jean-Louis lives a staid, bourgeois existence absorbed in his work, cohabitating peacefully with his neurotic socialite wife Suzanne while their children are away at boarding school. The couple's world is turned upside-down when they hire a Spanish maid named Maria.

Saturday, March 31
Sunday, April 1
Tomboy
When 10-year-old Laure's family moves to a new neighborhood, her short haircut and tomboy ways cause her new neighbor kids to mistake her for a boy. Instead of correcting their mistake, Laure decides to live the new identity as Michael in this relationship-based film about childhood gender confusion.

Gainsbourg: A Heroic Life
Gainsbourg is based on the life of 1960s pop star Serge Gainsbourg, as interpreted by comic book artist Joann Sfar, all the way from his childhood in Nazi-occupied Paris through his career as a singer-songwriter and death in 1991. 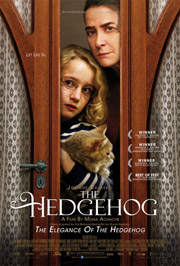 The Hedgehog
The Hedgehog is the story of 11-year-old Paloma who has decided to kill herself on her twelfth birthday. Inspired by The Elegance of the Hedgehog, by Muriel Barbery, the film shows the articulate Paloma's fascination with art and photography as she documents her life and the hypocrisy of the adults around her with her father's old camcorder.

Le Havre
When young African refugee Idrissa arrives by cargo ship on the shores of Le Havre in northwest France, he crosses paths with Marcel Marx, an aging bohemian shoe shiner. Marcel takes pity on the boy immediately and welcomes him into his home.

The diversity series is co-sponsored by Centenary's Diversity Committee: 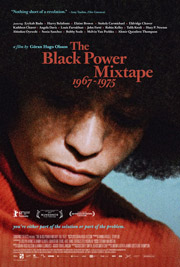 Tuesday, April 3
Black Orpheus
During Carnival week in Rio, Eurydice, who has fled her village in fear of a stalker, experiences love at first sight with the engaged Orfeo. Eurydice is not only endangered by Orfeo's enraged fiancée Mira but also stalked by Death.

The Christian Leadership Center of Centenary College is a co-sponsor of the faith series:

Tuesday, March 27
Children of Men
Children of Men portrays a world one generation from now that has fallen into anarchy on the heels of an infertility defect in the population. The world's youngest citizen has just died at 18, and humankind is facing the likelihood of its own extinction. 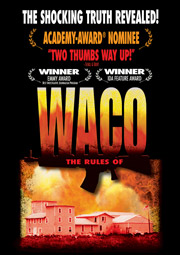 Tuesday, April 10
Waco: The Rules of Engagement
This documentary on the 51-day siege of the Branch Davidian compound in Waco, Texas, raises troubling questions about the handling of the siege by the FBI. Gazecki's film gives a history of the Branch Davidians and their leader David Koresh to lay the groundwork of events leading up to the Waco standoff and FBI attack on the compound.

Tickets and exact show times can be found at the Robinson Film Center website or by calling 318.424.9090.

Founded in 1984, the mission of the Centenary Film Society is to exhibit, on a weekly basis, quality international, independent, and classic Hollywood films that might not otherwise be available to Centenary students and the greater Shreveport-Bossier City community.