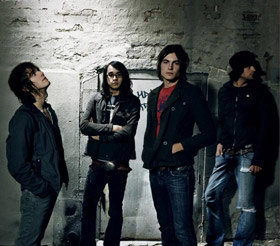 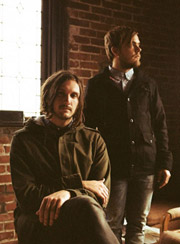 Augustana released their album All the Stars and Boulevards in September 2005. The album received national attention for the single "Boston" and reached the Billboard Top 40 in 2006. Returning in 2008 with a new lineup, Augustana released Can't Love, Can't Hurt, which sold 400,000 copies worldwide. Their newest self-titled album appeared in 2011. Their singles have been featured on various television shows including Scrubs, One Tree Hill, Friday Night Lights, and Private Practice. Augustana was signed to the Epic Records label until late 2011.

Greylag's debut EP, The Only Way To Kill You, is due for release on Ninth Street Opus Records in May 2012. In the past year, Greylag has worked at developing their home base in the Pacific Northwest, reaching sell-out status in their hometown of Portland along with recent tours through the western United States and Canada. Greylag toured with Gomez and Kopecky Family Band tour last fall.

The concert is sponsored by the Student Government Association, the Centenary Activities Board, and Community Renewal.