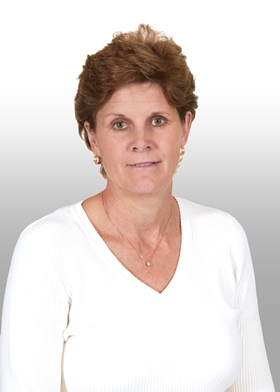 Seagraves comes to Centenary College after spending more than 20 years on the faculty and athletic staff of Southwestern University, a member of the Southern Collegiate Athletic Conference (SCAC). She most recently served as the Associate Director of Athletics, Senior Woman Administrator, Assistant Professor and Chair of the Exercise and Sport Studies Program at Southwestern.

"Ronda's lauded career in athletics and academics spans decades," said President Rowe. "We are thrilled to have a three-time SCAC Coach-of-the-Year leading Centenary as we move into that conference this year. Ronda's leadership will bolster the efforts of our top-notch coaching staff to further strengthen the College's sports programs and develop student athletes who are successful on the field and in the classroom."

Seagraves's appointment signifies a major milestone in Centenary's history, as well. In accepting the position, Seagraves becomes the first female athletic director ever to serve at the College.

"At Centenary, the passion and desire for continued athletic and academic success from administrators, faculty, coaches, alumni and especially student-athletes is unmistakable," said Seagraves. "Words cannot express the excitement I feel about the chance to join the Centenary team in leading this group of dynamic coaches, staff and student-athletes as they continue the process of moving into full NCAA Division III and SCAC membership. This strong combination will serve the institution well as it continues to make its mark as a recognized Tier One National Liberal Arts College and to win championships."

Seagraves is no stranger to championships, and her impressive coaching career has been punctuated by wins, tournament appearances, and accolades across multiple sports. In basketball, she boasts an impressive 243-198 coaching record for her career. In golf, she has served as the head coach of a team that placed fifth in the NCAA national tournament and has coached volleyball and softball, including assisting a team that finished second in the nation. Under her leadership, Seagraves's teams won one SCAC basketball title and two SCAC golf titles. Seagraves was also named SCAC Coach-of-the-Year for basketball once and golf twice.

"I think there are great things in store for the Centenary athletic program with Seagraves directing it," said senior baseball player and Student-Athlete Advisory Committee President Cole Thompson. "I can't wait to see how the program grows in the next five to 10 years."

"Ronda Seagraves exemplifies drive and determination, and we at Centenary are very fortunate to have her as our Director of Athletics and Wellness," said Jon Stenman, Head Volley Ball Coach and Interim Athletics Administrator at Centenary. "Ronda's qualifications and experience in both athletics and wellness will be invaluable as the College moves forward into NCAA Division III. I look forward to the opportunity to work with her as we further strengthen the profile of Centenary Athletics."

"As a strong proponent of the connection of body and mind, I look forward to working with the Centenary staff to develop emerging cross-campus wellness initiatives," stated Seagraves. "The campus offers outstanding athletic and recreational facilities that will provide great opportunities to benefit the entire campus community. A strong commitment to developing the 'whole' person will enhance the commitment to excellence Centenary offers to all students, staff, and faculty."

Seagraves will take over her new role full-time on August 1, 2012.

Seagraves is a 1981 graduate of The Ohio State University where she was a four-year letter winner on the women's basketball team. She earned an M.A. in Education from Allegheny College in 1989.