SHREVEPORT, LA — Centenary College has been named among top liberal arts colleges for Washington Monthly's 2012 College Guide, which ranks schools that make a significant contribution to the public good. 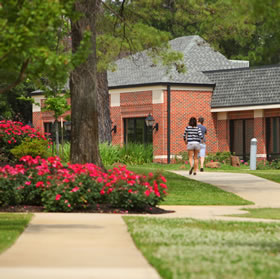 "Since 1825 Centenary has educated leaders in the highest traditions of the arts and sciences," said Centenary President David Rowe. "Being ranked among the top liberal arts colleges in the nation is welcome validation of Centenary's enduring purpose of transforming lives for the transformation of the world."

Centenary joins 12 of the 16 Associated Colleges of the South (ACS), including Millsaps, Rhodes, Southwestern, and Hendrix, in the top 100 of the Washington Monthly's ranking. The College has the lowest net price of attendance of all the colleges in the ACS, and received a score of 45, ranking 90 among 200 liberal arts colleges. Centenary also joins 12 other United Methodist-related colleges in the ranking.

Washington Monthly seeks to provide rankings that explore the question "What are colleges doing for the country?" The overall score represents three metrics-social mobility, research, and service. Social mobility involves recruiting and graduating low-income students and the net price of attendance after subtracting need-based financial aid. The research metric focuses on producing innovations and graduates that go on to earn PhDs. The service score attempts to quantify students who give something back to their country through community service, the Peace Corps, or ROTC.

Centenary students voluntarily participate in several large-scale service projects such as MLK Service Day and the student-led BIG Event. Over 200 Centenary community members participated in both service events for 2012.

Alumni also contribute widely to the local and global community. Centenary graduates join the Peace Corps, work around the globe, and pursue graduate degrees to further research. One-third of Centenary students go on to graduate school.

Centenary was recently named as one of "America's Top Colleges" and "Best Private Colleges" by Forbes.com.