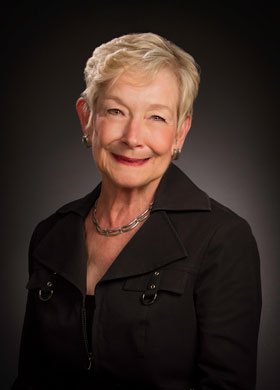 "This is a huge win for our company and will allow us to open a new office in Tyler, Texas, in order to service the account," said Daniel Strickland, Gremillion & Pou Account Manager. "We will also add more than 20 new employees to our company and solidify our place as the largest advertising agency in North Louisiana and the Ark-La-Tex."

For Gremillion, the journey to Gremillion & Pou began at Centenary, where she spent much of her time on and off stage at Marjorie Lyons Playhouse.

"Joining the theatre department at Centenary was a turning point in my life. Suddenly, this rather shy person was able to gain confidence. My training in theatre actually led to my entire career in advertising and marketing. I believe strongly in a liberal arts education as the best preparation for life's challenges."

Her Centenary experience led to her first voice-over job in radio. The radio job propelled her on to KSLA, where she wrote and produced TV commercials. Eventually, KEEL radio brought Gremillion on board as chief copywriter and then as sales manager. According to Gremillion, all of these experiences that led her to KEEL were fortuitous:

"In fact, it was at KEEL that I met my partner of the past 31 years, Robert Pou. Without the courage and training I was fortunate to receive at Centenary, I am not sure that any of this would have been possible."

In 1981, Gremillion and Robert Pou established Gremillion & Pou (G&P) as a full-service advertising agency. Celebrating its 31st anniversary this year, G&P has earned a reputation for hard work and progressive marketing. G&P's work has recently been included in the textbook Integrated Advertising, Promotion and Marketing Communications, which has been purchased by more than 200 colleges and universities throughout the world.